The Revenge of the Soul Eater

…I did not get excited like that at all.

However, on the night after I defeated Larz, it’s true that I was aching strongly with urges other than eating her soul when I put the slave collar on Lunamaria in the room of the inn.

As you know, she was a person I liked once upon a time. Although I kept it in my mind and didn’t say it out loud, I could not keep calm when she was right in front of me.

Naturally, since all of Lunamaria’s rights were given to me, she can’t say no to my requests. It was a formal agreement on the slave contract that was made with the slave merchant witness present.

Of course, that means there is no need for me to hold back. I want to do things to her right now but there was something I needed to confirm before that.

「So? What are you plotting?」

I asked Lunamaria who was looking down to the ground with flushed cheeks.

By the way, her cheeks are red because she’s embarrassed. Currently, she is wearing some fitted silk clothing that is tightly glued to her body from top to bottom. There was nothing covering her arms or feet. Her back and her cleavage area were boldly exposed.

Her outfit gave off the feeling of something one could wear when going for a swim or offering a dance to the gods.

Even so, I did not make her wear this outfit because I was a pervert inside. To be completely honest, it was so that she could not hide any weapons on her body.

「…I’m not plotting anything, Sora-san」

「Don’t play dumb with me. I took Larz down and yet you were still behaving so well, a little too well. You didn’t resist either when we made the slave contract. You should know what kind of treatment you’ll be getting once you’re tied to that contract. Knowing all that, there’s no doubt you’re trying to get close to me in order to do something」

Of course, I was the one who drove her into this situation. The results would not have changed even if she tried to resist when we were making the contract.

Resistance was futile. That much is obvious, but would she really give up that easily? No, someone like that would not be able to stay alive as an adventurer for so many years.

When I think about it like that, she has to have an ulterior motive.

The problem is I don’t have any idea what that is.

Normally, it would be something like assasination during my sleep, but it’s a huge crime for a slave to murder their owners. It’d be better off dying than to experience the torment one would suffer afterwards.

Or perhaps, she is trying to lower my guard then have someone else– like Larz or Iria kill me.

But she would still be charged with a crime that’s just as serious for being involved.

When I tilted my head with those thoughts in my mind, Lunamaria calmly opened her mouth.

「I’m not plotting anything, but there’s something I want to ask you」

「…What? Are you trying to call me a heartless monster or something?」

As she shook her head quickly to deny it, her gaze wandered all over the place as if she was hesitating on something.

But before long, she had a determined look on her face and looked straight back at me.

「I can see…the dragon within you. A one-headed dragon with scales as dark as the night. The first time I saw it was when you returned from the nest of the king of flies」

「I don’t know if there’s a dragon residing in your body or if you are the dragon taking the form of a human. However, I can definitely see it. That’s why I asked who you are」

「I’ve been Sora Mitsurugi since the day I was born. That’s my answer but…」

I thought about it some more here.

There’s no mistake that the dragon she’s referring to is soul eater. Combined with what I saw when I obtained my soul equipment, it shows that she wasn’t bull shitting.

「About that, have you told anyone about it?」

「Does that mean other spirit users can sense it as well?」

「Probably, but I’m not entirely sure because how well an individual can perceive things with spirits depends on the person」

「I see. So spirit users could sense the form like that, huh?…Ah, speaking of which」

Here, I suddenly remembered what happened when I went after 『Falcon Sword』’s crimes at the guild.

She was trembling in a terribly shaken state because—

「Don’t tell me, you already noticed the dragon at that time?」

「…Yes. It felt like the dragon was eyeing me down from close by. It was suffocating」

I see. If that’s the case, I wonder if it wasn’t a fake act that was meant to only make herself feel better when she came to apologize to me afterwards.

I had scolded her slanderously however I wanted. It was my fault for jumping to conclusions too quickly.

No, wait, rather than that…

「If you saw the dragon, then did you not think that I was going to win today’s duel? Why did you agree to the bet? It’s what me and Larz decided by ourselves. It would have made more sense if you declined」

「Well…yeah…since you’ve already said so much, there’s no need for us to mince our words anymore, right?」

「I’m talking about Miro. Is that girl in touch with you?」

The moment I heard that, I sneered.

「In touch? Me and that woman who absolutely loathes me? That’s a good joke. Is that your spirit senses at work as well?」

「I felt that something was off when she returned after she went missing. It’s because the spirits would occasionally act weird around her. However, it felt so subtle so I wasn’t sure. But on the day you and Larz decided to duel, I became sure of it」

「It was because of what she said. Miro apologized to me when she said that she was going to make herself the wager for the duel but it ended up being me. It looked like a sincere apology…but there was a mischievous looking leprechaun dancing on her shoulder. That’s when I noticed, she was enjoying the situation. When I listened closely to her with that thought, it was clear that she was adding fuel to the fire. Even when Iria and I were being careful, she was leading Larz into the duel with a smile on her face 」

「No, in the first place, it was Miro who brought up that beastkin girl named Ciel. Was the whole thing planned out from the very beginning?」

「Who knows? But if you had those doubts, then it’s even more suspicious. Why did you go through with the bet? Larz might not believe you if you told him that Miro was working with me, but Iria would have listened to you. Moreover, you could have even brought it to the attention of the guild master」

「Of course I thought about that. But I thought that even if we kick Miro out, you’d only use another method. Rather than badly provoking the dragon, I decided that it would be a good idea to settle things now」

「Good idea, huh? Something like “if the dragon’s aim is me, then I’d do something about it by offering myself? Well, it’s true that a maiden sacrifice is typical in the cases of when dealing with evil dragons 」

「I’m sorry if I was thinking too much into it. But…」

I could threaten her to stop talking here, but my senses are telling me there’s not a need for that right now. There’s no one listening to us on the roof or through the walls.

Therefore, no matter what we talked about here, it probably won’t bring me any trouble later. Even if it does, I’ll deal with it then.

「However, why would you go so far? Do you think you’re in a story of a maiden sacrifice who’s going to be saved by a hero?」

「”Don’t apologize to me for your own sake, do that standing in front of a mirror, you faker」

「On that day, I abandoned you when you were being chased by the king of flies… even when I knew what would happen to you if you were caught. Although I saw through Miro’s action with my own eyes, I still prioritized my comrade’s life first. Why did I think my words of apology would hold any persuasive power when I did that? What you called me was right, I am a faker」

With that said, Lunamaria slowly walked up to me and kneeled down.

Then, she bowed her head down deeply, like a retainer who was bowing down to their lord.

「This time I think I will show you by my actions, and not my words. This could possibly be called fake as well. But still, I will work hard to give it all I’ve got. I will serve you with everything I have, both body and soul. Could you forgive me and let me serve you by your side?」

「…Whether I forgive you or not, you’re my slave now. You’re not getting away even if you tell me you don’t like it」

The reason I put it so bluntly was because I didn’t know how else to respond.

After hearing my answer, she made a blooming smile and said,

「Yes! Please take good care of me, my dear master」 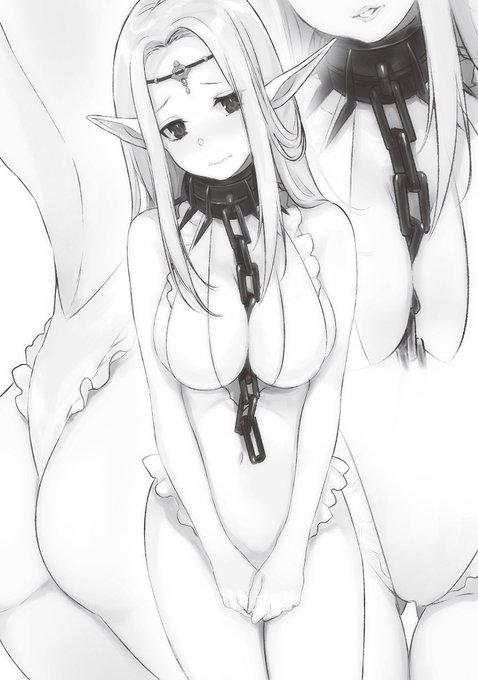 9.1
The Beginning After The End
8.6
Martial God Asura
9.1
Trash of the Count’s Family
6.6
Reincarnation Of The Strongest Sword God
7.9
Invincible
8.3
Supreme Magus
7.2
My Vampire System
9.0
Overgeared
8.7
The Novel’s Extra
5.5
Guide to Stabilizing the Blackening of the Villainous Husband

Romance February 2, 2023
It's Hard to Control My Naughty Wife!

Romance February 2, 2023
Reborn: The Return of the Villainous Mr. Liu